New York City opened the Park Avenue Retail Market under an elevated train station in the East Harlem Neighborhood nearly a century ago to foster economic development and offer an accessible gathering place for engaging the community. After several vendors began offering a variety of goods influenced by Latin American and Caribbean culture, the bustling and iconic area became known as “La Marqueta.”

In 2017, New York City had a vision for revitalization and invested $25 million in capital improvements to make it a reality. As a result of tremendous foresight and meticulous planning from public officials, La Marqueta has transformed into a vibrant marketplace featuring food vendors, shops, cultural events, and LIVE music.

Recently, government agencies like New York City Transit (NYC Transit), which is also known as the Metropolitan Transit Authority (MTA), have built on that investment.

“Our subways, buses, and railroads provide 2.62 billion trips each year to New Yorkers (the equivalent of about one in every three users of mass transit in the United States and two thirds of the nation’s rail riders).” -NYC Transit

NYC Transit envisioned a transit station that would ensure safety and enhanced quality of life for New Yorkers. The prefabricated stainless steel railing systems for the La Marqueta transit station not only meet both international and local safety standards, but also present a beautiful and distinctive look that contributes to a higher quality of life. They are 42 inches tall with a brushed finish, vertical bar infill, base plate covers, sliding gates, sloped sections for stairs and ramps, round handrails, and a predominantly core drill mounting method on a concrete surface.

Hunter Roberts Construction Group enlisted the help of the Malcolm Patrick Corporation to install the railing. The architecture firm was Aaris Design. After receiving basic measurements from the contractor, a specially trained designer at AGS Stainless created exact computer-aided design (CAD) drawings for the architecture firm to approve.

Along the way, the contractor encountered challenges like an electrical line embedded in concrete steps and walls that were shorter than expected. The designer helped the contractor overcome these challenges by suggesting an alternate mounting method for a railing section on concrete steps and a post mounting bracket instead of a wall mounting bracket for a particular handrail section.

It has been an honor to serve as the design team for one of New York City’s most precious gems. Our design celebrates the site’s rich diverse cultural history while creating cleaner sight lines. Adding greenery and environmentally friendly materials is as important as keeping cultural elements that make La Marqueta an intensely unique public space.” -Nicole Hollant-Denis, President of Aaris Design Studios.

Stainless steel is non-toxic, 100% recyclable, and limits maintenance, while off-site fabrication and factory-direct shipping play a role in reducing waste and inefficiency. The project also needed to comply with relevant regulations (ADA, OSHA etc.) and meet Code (IBC, IRC, local codes etc.). As a result, the designer clearly identified the specific requirements and explained how they were met by the CAD drawings.

The mission of NYC Transit is to implement cost-efficient, safe, on-time, reliable, and clean transportation services. Stainless steel components for railing systems under the Clearview® brand are manufactured off-site in the AGS factory with industry-leading technologies like fiber laser cutting. Since the components can be assembled on-site with a few simple tools, the installation was performed much faster with less reliance on expensive skilled labor. By choosing to partner with contractors and architects that recognize the value of off-site fabrication, NYC Transit was able to eliminate the chances of unexpected project delays and cost overruns that are often associated with large projects.

More from Insights...
• Off-Site is the new On-Site• LEED, follow or get out of the way• La Marqueta Station, NYC Transit Case Study• 5 Top Reasons Why AGS Railing Systems Are Ideal for Public Construction Projects and Government Contracts• Financial Assistance For Tenants Who Are Past Due in Their Rent• Handrail Design: Extensions — for Ornamental Railing Systems• The Top 5 Questions to Ask a Railing Manufacturer -- Before You Purchase Their Product! 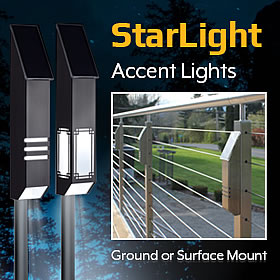 … Cable Rail System came out great. We could not be any happier. The people at AGS Stainless are absolutely incredible. We would use them again ...   ~DG 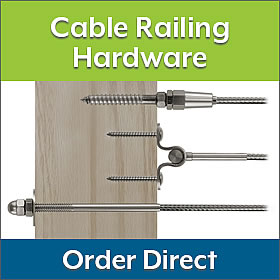